Ep. 69 | Aubrey Blanche on how diversity & inclusion are the keys to high-performing teams 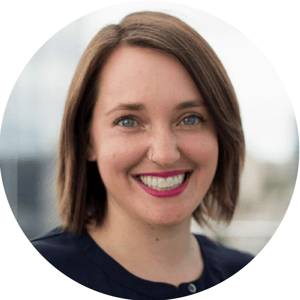 When Roger Federer made history earlier this year by becoming the oldest number one-ranked player in tennis history, he thanked every member of his team, past and present, for all their help. When Elizabeth Moss won her second Golden Globe for The Handmaid's Tale, she thanked the cast and crew of the show, as well as author Margaret Atwood.

These are just a few of the examples of how success is always a product of a team coming together. There may be a public "face" of the win, but there's always a team backing that person, contributing a great deal of time, effort, and passion to the project.

That's why Bill Cushard and Sarah E. Brown were excited to have Aubrey Blanche, Global Head of Diversity & Inclusion at Atlassian on the latest Helping Sells podcast. She is passionate about creating and empowering high-performing teams, helping organizations uncover the best ways to do that.

It starts with values, not culture

Many companies talk about their "company culture" and how it's "collaborative" and "sustains employee enthusiasm". They tell prospective employees that they use the "latest" software solutions to "optimize project delivery" and "align to overall business goals".

This focus on "culture" bothers Aubrey, as it doesn't really help employees do their jobs (and do them well). It means people who feel like they have the skills and experience to excel in their roles may be discouraged because they don't 'fit' into the culture. These employees end up performing poorly by their own standards, and often below the company's standards too.

Aubrey counters that companies should focus on company values instead, as that is a more unifying element to creating high-performing teams. "It's not just the right products and tools (and right practices) that create high-performing teams," she explained. A company culture can change constantly, as the business grows and evolves. But the values remain the same. Each person brings a different culture and experience to the office, but if their values are the same, everyone works well together. Not only that, but creating company values instead of culture makes it easier for employees to deal with company growth, because it scales more easily. If you rely on tools or rigid culture ideas, it can be hard to scale up from a small startup to a medium-sized company or large enterprise.

How Atlassian does values

These values inform all the work they do, from hiring to collaboration to product development and customer service. Aubrey explains they help create a sense of belonging for employees, so they can be the most effective teammates they can be during their time at Atlassian.

One of the areas of the company Aubrey has really focused on in her work in diversity and inclusion (D&I) is recruiting. She wanted to build more balanced cohorts of incoming Atlassians, which would help the company become more balanced overall.

To start, the D&I team got rid of the idea of hiring for 'fit', and instead moved them to values-based hiring practices. For example, they eliminated the "culture fit" interview perspective and replaced it with a "values-alignment" perspective. "When our brains look for 'fit'," Aubrey explained. "It looks for differences." It causes recruiters to focus on those differences and figure out how they fit in to the company's organization and makeup.

This also applies to something as simple as the job posting, where Robert Walters, a professional recruitment consultancy, discovered that 45% of candidates would self-select out of the hiring if they didn't meet all of the selection criteria.

To combat this and other limiting behaviors, Aubrey's D&I team expanded their training efforts with the recruiting team to focus on their own responses to candidates and to "correct" for any negative behaviors. The recruiting team used this training and perspective shift to become more thoughtful on how they sourced their candidates and how they interviewed candidates. "Bring in your difference, it makes us better!" Aubrey said. 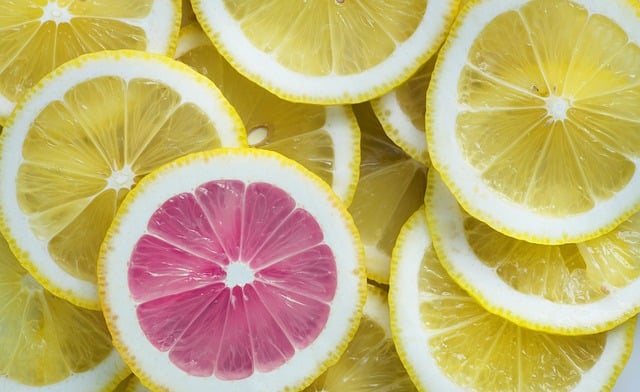 In the two years Aubrey has been working at Atlassian, they've seen some great gains in their D&I efforts. For example, since working with the recruiting team, they've increased female technical hires by 80%.

"It's not just in the number of women hires either," she proudly said. The tech industry tends to be male-dominated, but also filled with people under the age of 40. She said they've also increased the number of employees over the age of 40 as well. "Data has shown that balanced teams drive better business performance," she said. Companies who don't understand this are creating a bigger liability for themselves than they need to.

By focusing on values, Atlassian employees show up more "authentically", which encourages them to share more about themselves with their team. Which, in turn, creates a more cohesive team environment. Aubrey told the example of Tyler Smith, an Atlassian employee who shared his mental health struggles with his team.

What was impressive about the experience, Aubrey said, was not just that Tyler shared his experience with his team, but that his team rallied around him to support him. "The “simple” act of trusting them and being vulnerable with them had the effect of them trusting me more," Tyler wrote. He went on to explain that his colleagues have he "is" different and that he "works" differently. When he's having one of his 'off' days, his team has found reasonable ways to cope with this, which he says is an "immense help" to his mental state.

Aubrey is very proud of this example, as it shows how Atlassian's values creates a supportive environment for everyone, regardless of their difference. "It creates an incredible place," Tyler wrote, "(to be) both understood and to have a platform of talking about it (my difference) with others."

Shift from culture to values

Aubrey was inspired by the tech ethos of "solving hard problems", but was surprised that they didn't do the same thing with diversity and inclusion. "You want to put a colony on Mars and think hiring diverse people is hard?" she joked, half-seriously.

Creating a more balanced workforce is going to be more critical in the future. Companies will struggle to hire only the "best" people if they're looking at narrow segments of candidates. McKinsey discovered this in their survey on gender balance and the link to performance. They found that teams with a male/female ratio between 40-60% produce more sustained and predictable business results than unbalanced teams.

To listen to the entire conversation we had with Aubrey, check out the latest episode of Helping Sells here, on Apple Podcasts, Stitcher, SoundCloud, or wherever you listen to podcasts.